How Excessive Daytime Sleepiness from Sleep Apnea Affects Your Well-Being 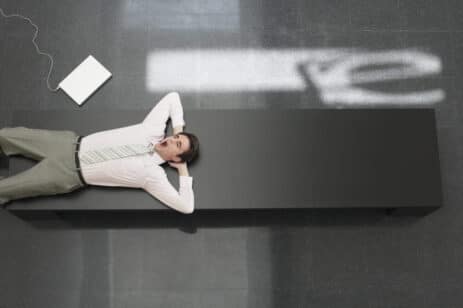 Do you find yourself needing to nap frequently during the day? Do you suffer from brain fog, lack of concentration, or inability to focus? If so, you may have excessive daytime sleepiness due to sleep apnea. This is a serious condition that can have a negative impact on your career, relationships, and overall well-being. Here is more information on excessive daytime sleepiness and how it could be affecting you, as well as information on how best to treat it.

What is sleep apnea?

Sleep apnea occurs when a person’s breathing is continually interrupted during sleep. These individuals stop breathing for certain lengths of time. During a night of sleep, they may stop breathing 100 different times or more, leading to a number of negative consequences.

Though anyone can have sleep apnea regardless of age or medical conditions, there are some who are more prone to the condition than others. These include men who are overweight and/or over 40 years of age, those with a large neck size, large tonsils, small jaw, or large tongue, those who have a family history of apnea, and those who have a nasal obstruction such as a deviated septum.

What is excessive daytime sleepiness?

Excessive daytime sleepiness is the result of not getting a restful night’s sleep. It’s common for those who have insomnia, who have frequent nightmares, or who do not go to bed early enough. It’s especially common for those who have sleep apnea as they rarely get enough uninterrupted sleep no matter when they go to bed or when they get up. If you have sleep apnea, it may actually change the way your brain sends signals to the rest of your body and that helps keep you awake during the day. If you have obstructive sleep apnea, where your airway becomes repeatedly blocked, you may suffer apnea even during your waking hours, leading to even more excessive daytime sleepiness.

How can excessive daytime sleepiness affect your well-being?

Excessive daytime sleepiness impacts your everyday life in a number of ways. It can cause brain fog and memory problems, impair your critical thinking, and cause unhealthy eating habits. Not performing at your best and falling asleep at work leads to poor job performance and can eventually lead to job loss while not being present can cause family strain and problems with your relationships. Those who have excessive daytime sleepiness are also two to three times more likely than their well-rested counterparts to be involved in a motor vehicle accident.

What can I do to treat my sleep apnea?

There are several different treatments to consider when addressing your sleep apnea. The first step is to get a diagnosis, which can be done by doing a sleep study or getting a screening. Once you know you have apnea, you can consider a CPAP machine that you wear during the night and which helps regulate your breathing, or you can consider surgery to correct an obstruction. In many cases, however, you may be able to treat your condition without invasive surgery or a bulky machine. At Sleep Cycle Centers, our team of experts treat many cases of sleep apnea with mouth devices that are worn during sleep. Not only do these devices reduce sleep apnea, but they also help the wearer stop snoring.

Do you think you have sleep apnea or are you experiencing extreme fatigue during the day? Visit sleepcyclecenters.com to learn more about our screening and treatment process.